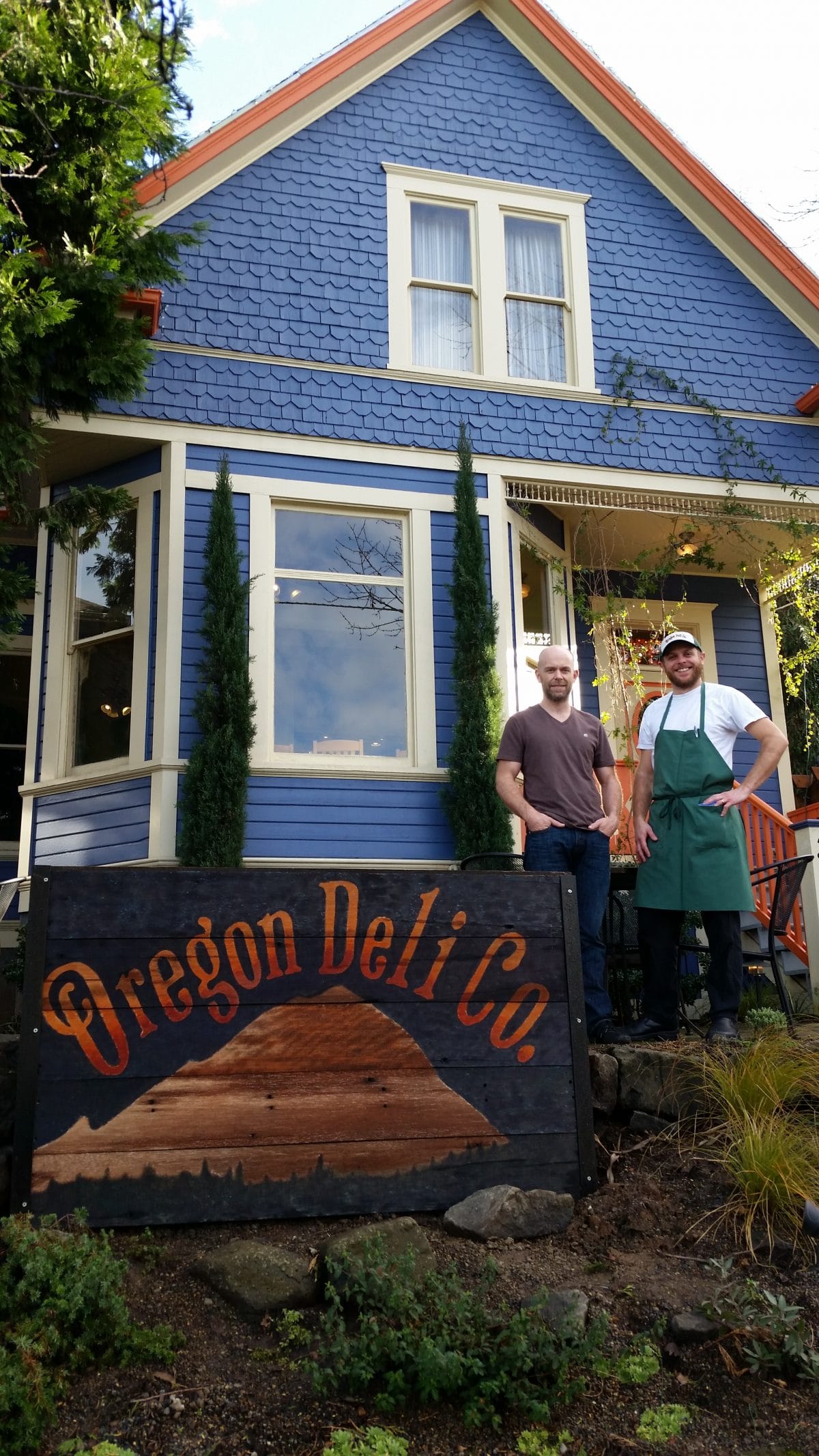 We’ve been designing and printing for Justin of Oregon Deli Co. for the past few months, to get his restaurant marketing-ready! Now that his business has been in full swing since December, 2014, we thought we’d feature his business story, in theme with our Refresh, Renew, Revamp Newsletter!

How did you start Oregon Deli Co.?

The story begins in 2012 with the idea of a food venture. Justin Wheeler and Chris Degenhardt combined forces to chase their collective dream of opening a restaurant.

While Chris was working his way through the Portland restaurant scene at Blue Hour, Andina, Fife, Tear drop Lounge and more. Justin was honing his sales and marketing skills while running his own company and several other small businesses.

Both partners had envisioned more of a fine dining establishment as their first venture. But market research, and the relaxed and open creative platform of a deli, led them to this endeavor.

What makes Oregon Deli Co. stand out in the Portland restaurant scene?

Our approach is seen a lot in fine dining as “farm to table”. Taking this one step further, both partners became federally accredited in 2013 to process acidified foods. This means we can capture produce at its peak moment, and extend the seasons with shelf stable canned goods. Just imagine a tomato spread in December that tastes like late August instead of crunchy pink substance of a hothouse tomato.

Relationships with the featured farmers, ranchers and purveyors began over a decade ago. These relationships have proven to be invaluable. Custom meats are provided by the sister company Redmond Smokehouse. Raw proteins come from Rainshadow El Rancho. Fresh produce comes from Gathering Together Farm, Denoble Farms, Plants Beautiful, and other local farms.   Dairy sourced from Willamette Valley Creamery, Beechers, Tillamook and other local creameries. These purveyors ingredients help make our products great!

How has your business grown since opening?

Realizing that most restaurants fail from lack of business, the Oregon Deli Co has incorporated delivery and corporate catering into their business model. These increased avenues of revenue will help reduce the pressure to draw as many customers to the brick and mortar location that opened at 3560 N Mississippi Ave in December of 2014.

We will also accept online orders that are linked to the POS system, which means a very easy way to order ahead for pick up when in a hurry. The system allows for registration that speeds up the transaction process for repeat users.

What challenges have you encountered opening a restaurant in the very competitive food industry in Portland?

One of the biggest challenges we have faced is the opening in the dead of winter. A bold media campaign, social media, networking and philanthropic events have all lead to great exposure. This is proving to work as most everyday is better than the previous in sales and unique customer visits.

What advice would you give someone interested in opening their own restaurant in Portland?

To anyone daring to enter the Portland food scene – take time and analyze the sector of the industry that you are trying to gain business in. Then find a way to be unique with your products or approach. Have a plan, then realize that it will need major adjustments as you will be speculating on everything leading up to the real business.

It took over two years to put together the business plan, financing, acquire the lease space and do the build out. Know that it is a very, very long and hard process if you are considering opening a restaurant in Portland.

Here are some business cards we helped design and print for Justin, Chris, and their team at Oregon Deli Co.!

Want to check out their menu?

Want to place a take-out order? Stop by for lunch? Or know more?

Make An Appointment
Get A Quote